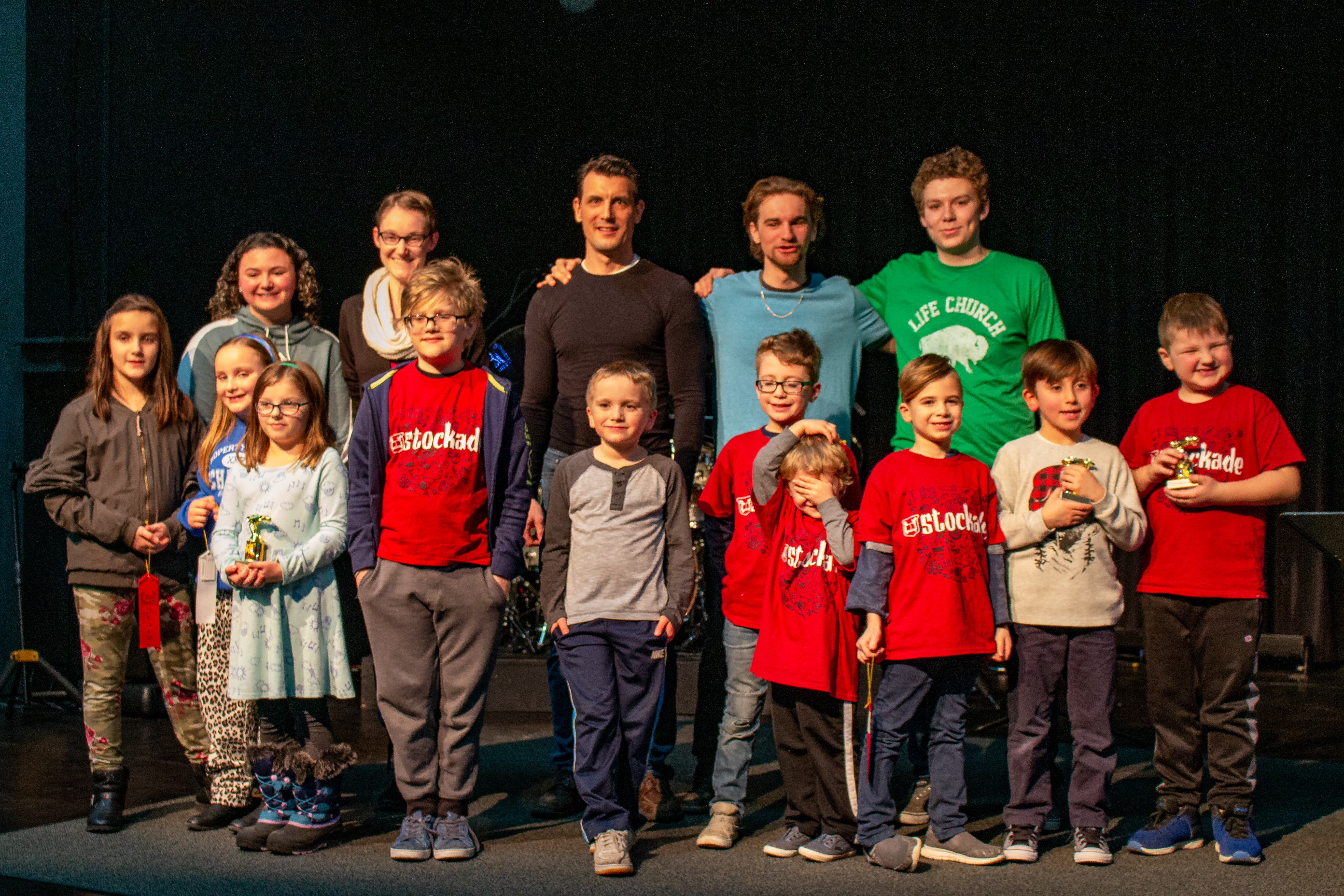 The sun had set and the sky was growing dark outside as cars began pulling into the parking lot at Life Church in West Seneca. Boys, girls, moms and dads, families and fans of StocKar Derby entered the church with excitement in their hearts and smiles on their faces. Tonight, Feburary 26, 2019, a cold and wintry night in Buffalo, was the night of Life Church’s annual StocKar Derby.

For several weeks prior, Tim Jachlewski, Brigade Chairman for Christian Service Brigade Unit #7993, and Anthony Fruci, a Ranger in Tim’s Brigade unit, had been helping men and boys gather together to design and build their derby cars. Many days, nights, and weekends had been spent by the men and boys designing and building their cars together. For many, there’s just as much fun in the design and building the cars as there is in the racing and the competition.

Tonight was the night where the rubber was going hit the road!

The event room began to fill with event participants and attendees. Derby cars were checked in and weighed for the race. The track, finish line, and scoring system had been setup and tested prior to the derby event. Many fathers and sons (and several young girls, too!) waited patiently for the derby to begin, hoping that their derby cars would perform well and lead them to victory (and to trophies!). Many others took seats, ready to cheer the racers on from the audience.

Each year, Tim, Anthony, and the organizers of the annual Life Church StocKar Derby kick off the night with celebration. This year, a gorgeous cake was made, sliced up, and shared with everyone. The delicious cake reflected the fun and the energy of the night! (Our hats go off to the folks that prepared that cake! what a treat!) 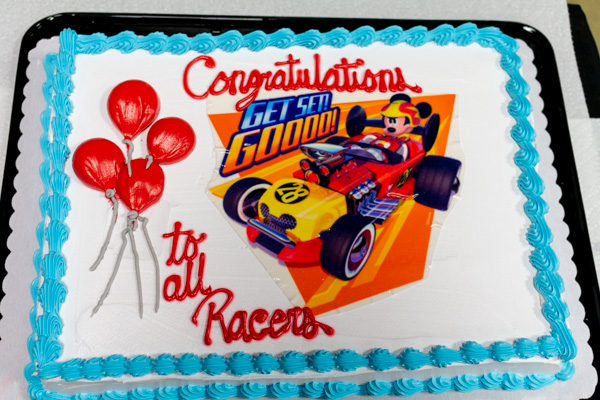 Around 7pm, the lights were dimmed and the heats began. cars began racing down the tracks, screaming towards the finish line. Some derby cars flew across the finish line, while other derby cars fizzled out, stopping well short. There were many derby teams (fathers/sons) who shouted for joy at their win, but others felt hurt and disappointed that their cars didn’t even make it across the finish. After all that work over the prior weeks, it was upsetting for many to see their hard work and efforts fall short of the finish. 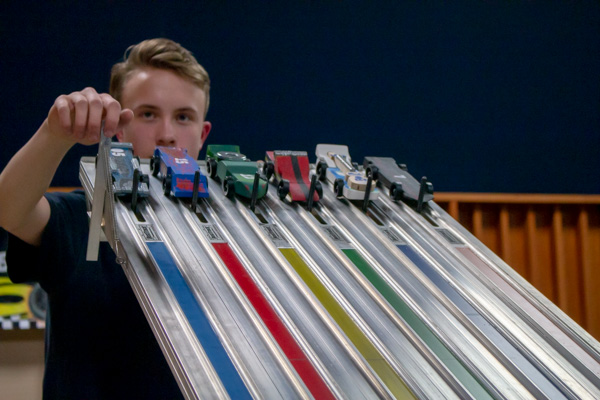 Scott Haima, President of CSB Ministries, was in attendance. He could see that some of the participants were disappointed. He knew that many of the cars had not been tested beforehand. Had they done so, they would have been able to address the underlying issues of the cars not reaching the finish line.

Scott grabbed a microphone and stepped into the light and began speaking.

“OK everyone! Let me have your attention! By a show of hands, whose cars did not cross the finish line?”

Several hands went up, some faces seeming to be ashamed or embarrassed that their cars had fallen short.

Scott continued, “Your cars did not finish. So let me ask you a question. Are you going to quit and not race next year?” He paused for a bit to let the young one’s think. “Or, are you going to learn from this and try harder a little harder next time?”

Scott went on to use this as a teachable moment. He told the audience that in StocKar Derby, as in life, we often don’t reach the finish line, though we try. Sometimes, there are speed bumps or detours along the way that cause us to come up short.

Scott went on to ask about what makes a fast derby car. One boy shouted out, “weight!”. Another shouted, “aerodynamics!”

“Those are important factors, ” Scott said.

“But the most important component of having a faster derby car are the wheels.” He further shared his knowledge about wheels, reducing friction with the axles through graphite powder along with other helpful tips for building faster cars.

As the heats proceeded, many more cars needed a bit of assistance in crossing the finish line.

The truth is that, as Christians, we sometimes try to do everything correctly but often fall short of our goals. And, from time to time, we all need assistance in getting across our own finish lines in life.

But as we learn from these challenges, and as we try to overcome our shortcomings, we grow. Before you know it, we find that we have not only grown stronger and more capable as Christians, we have also gained new capabilities to help others along their own journeys when they, too, fall short of their finish lines.

Scott stepped out of the light and the evening’s activities continued on. many more heats were run, followed by the awards ceremonies. Several awards and trophies were handed out, but not everyone received a trophy or ribbon. Yet everyone left after having a night of fun, and some left having learned a very important life lesson: we sometimes fall short and need help from others.

Tim and Anthony put on a great event. There were many others who were *not* in the spotlight, but instead worked quietly behind the scenes to ensure everyone had a good time.

We are grateful to God for all who were in attendance, for those who worked quietly behind the scenes, for those who organized and ran the Life Church annual StocKar Derby, and for the chance to have night of fun and fellowship together!

A special SHOUT OUT to Austin and Brandon for taking some fantastic photos! All the photos you see here are examples of their photography! Great job, fellas! 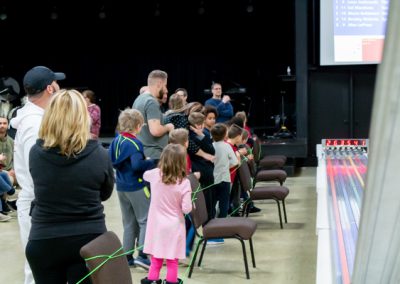 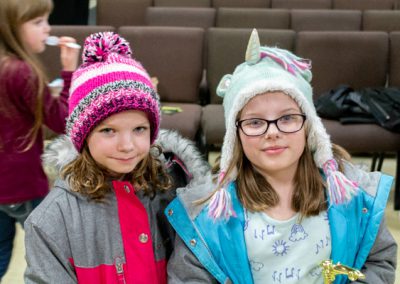 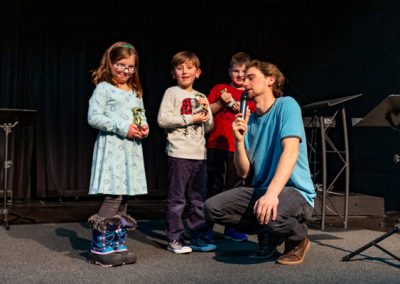 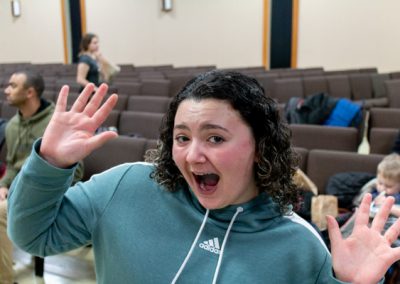 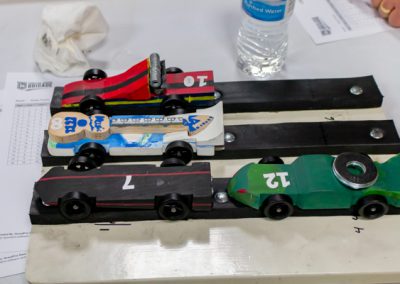 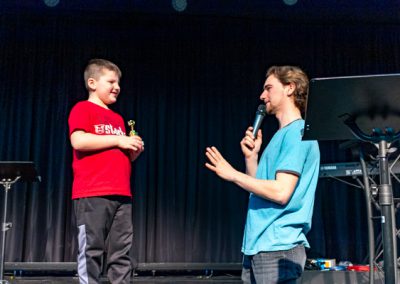 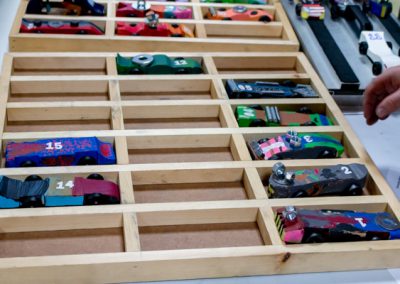 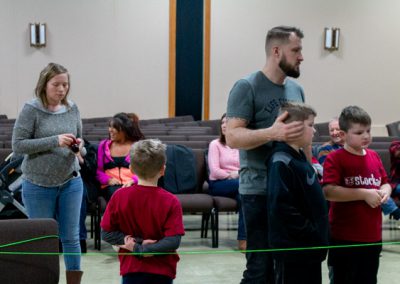 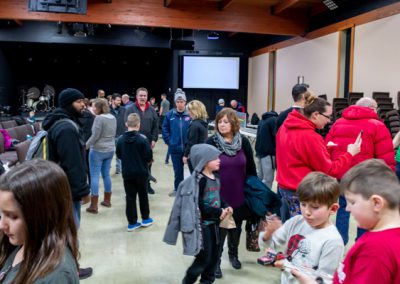 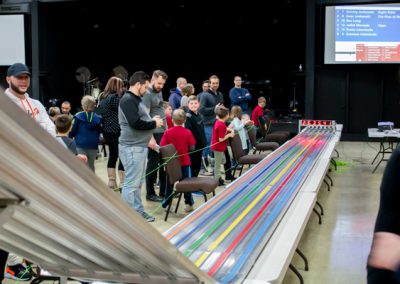 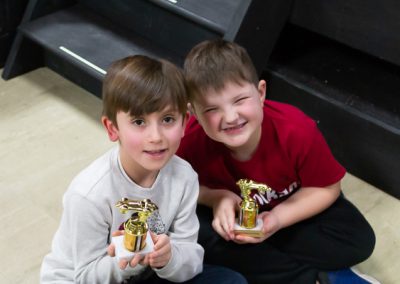 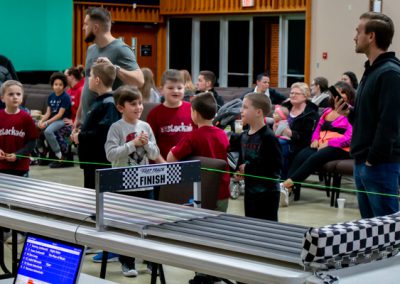