It was that time of year again when sandpaper meets pine, and young boys paint blocks of wood, putting wheels on them and get ready for the big race. It was George’s first time; he was only eight years old. He did his absolute best to make his car as fast and lean as possible with hopes that he would win a trophy at the upcoming regional derby. When he was finished, the car was still rough around the edges, the paint job was incomplete, and the wheels seemed as if they were barely holding on.

“Are you sure you’re done working on it?” asked Ranger Scott, one of the adult leaders who was helping the boys make their cars.

The day of the race finally arrived, boys from all over the area gather in a church gymnasium to see how well their cars would fair against the competition. Long aluminum tracks lined the length of the gym floor. George brought his car to registration and watched as it was carried off to the derby garage where it would be kept until his turn to race.

As the heats began, everyone was surprised to see George’s car finishing in first place again and again. It wasn’t much to look at, but it was fast! The crowd began to cheer the unexpected speeder on whenever its wheels touched the track. George’s eyes beamed with excitement when the man with the microphone announced his car would be competing in the finals!

The cars were carefully placed on the track. Each racer would have the chance to go down each lane. The best average time from the combined heats would determine the winner. George’s car was doing well, but so were the other cars. In the first couple of heats, George placed second and then first. It was down to the final heat, and a hush came over the crowd.

“Excuse me?” came a voice. The crowd turned, and George was standing near the man running the race.

“Yes, George? What is it, we are about to run the final race.”

“I know, can I just see my car quick? I want to hold it,” replied George.

“Sure thing, but be quick, okay? People are waiting.” urged the man.

George clutched his car and got down on his knees. Bowing his head and closing his eyes, he began to whisper a short prayer. Then he stood up, with a giant grin on his face and handed his car back to the man in charge of the race.

“Alright, are we ready? Three! Two! One! Go!” and the cars zoomed down the track. George watched earnestly. His car finished in second, but it was the times that would declare the winner. Within seconds the times were displayed on the large screen and the totals calculated.

Third place. George didn’t win. The crowd cheered for the winners, and one of the men rushed over to George anticipating his tears. He put his arm on the boy’s shoulder and was surprised when George looked up at him to see that big smile still stretched across his face.

“You’re not upset you didn’t win?” asked the man.

“Not at all!” exclaimed George.

“But what about your prayer, aren’t you disappointed that it wasn’t answered?”

“It was answered!” responded the boy, “I didn’t pray that my car would win, I just asked God to give me the strength not to cry if I lost.” 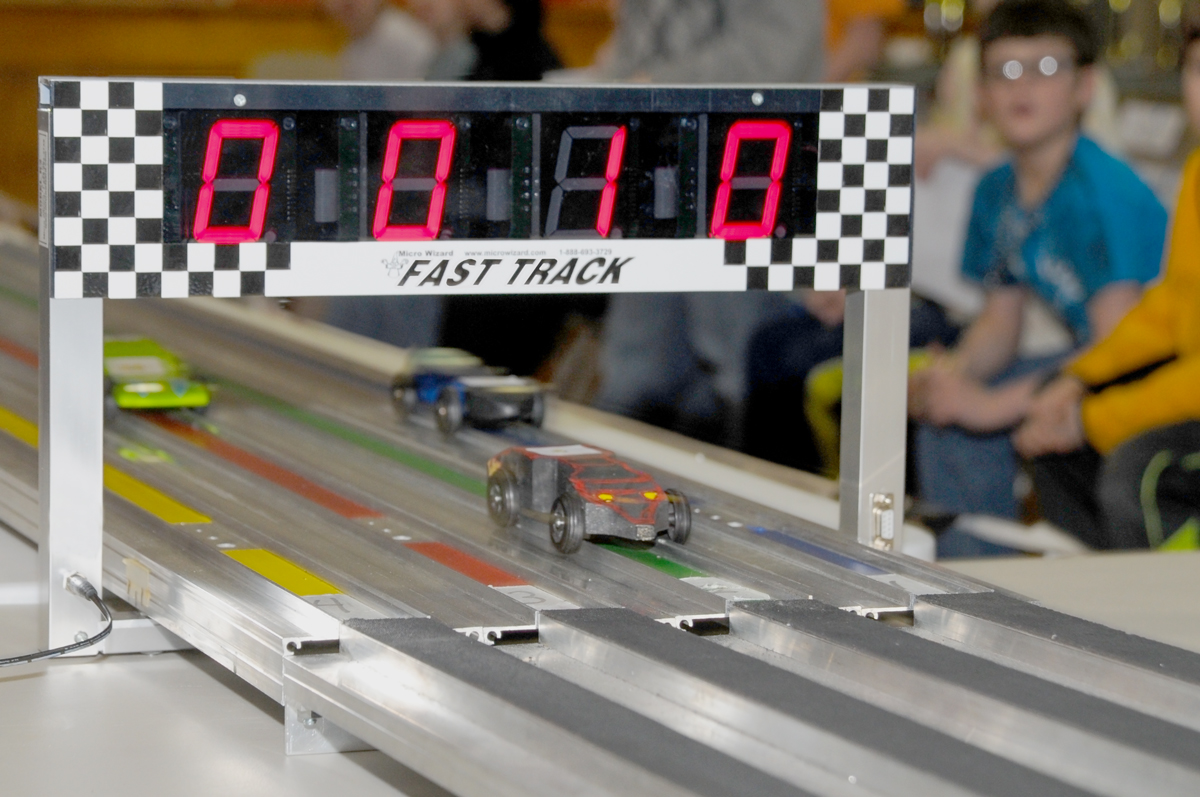